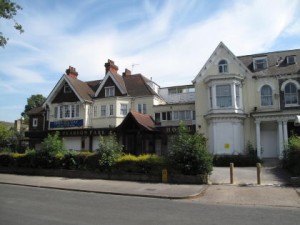 Hull's Pearson Park Hotel to reopen after couple step in

ONE of Hull's best-known hotels is to reopen after a buyer was found.

Pearson Park Hotel closed in June after it was put into administration under the previous owner.

The sudden closure led to 17 people losing their jobs and left the future of the site in doubt.

Now, a Hull couple have stepped forward to keep one of the city's "most popular institutions" alive.

James Calligan, who lives in the city's Old Town, and Claire Gurnell, of Pearson Park, will open the doors of the hotel in Pearson Park once again on Monday.

Mr Calligan, who runs Calligan Properties (City Lets) in Hull, said taking on a hotel for the first time was an exciting opportunity.

"When it came up for sale, other potential buyers wanted to turn it into flats but we didn't want to lose the facility," he said.

"It is an exciting adventure for both of us and we are looking forward to the challenge."

Mr Calligan, who owns other properties in Pearson Park, said he has always been attracted to the building.

"I love the Victorian building and want to maintain its traditional look," he said.

"We have restored the open fires in the bar and restaurant, which were previously only in use on Valentine's Day and at Christmas, so it has a very homely feel.

"We want to maintain its originality and to avoid turning into a modern hotel."

Miss Gurnell, 33, the hotel manager, said they are delighted to be able to open it again so soon, after only collecting the keys earlier this month. She said: "We can't believe we have got to a point where we can open.

"We are over the moon that we can keep the hotel going."

Work to further update facilities, including replacing guttering and windows, will continue next year.

Miss Gurnell, a teacher at Sydney Smith School in Anlaby, said the news has been well received by people in the area.

"We have had a lot of people asking about what is happening and when we are opening," she said.

"People are just so pleased it will be put back into business.

"We have never done anything like this before but we have got the drive and enthusiasm to make it work.

"We would have hated to have taken the boards down and people to say there is no point, but it has not been like that at all."

The new owners have been speaking with former owner Steve Bullock and have welcomed two of the former staff back to the hotel.

Miss Gurnell said: "It was really disappointing to see it close because it has always been a busy hotel.

"It has been around for such a long time and is an institution in the city, so we didn't want to lose that.

"It is great we have been able to recall some of the staff to help us move the business forward."

The hotel boasts 30 bedrooms, a function room, a wedding suite and two other conference rooms as well as a restaurant and bar.

There are also plans to offer alfresco dining on the patio during the summer.

Miss Gurnell said they are looking forward to welcoming their first guests next week.

"It will be a completely overwhelming experience at first," she said.

"We will be delighted to open and get the life back into it. It is a very exciting but daunting task.

"It just needs the love and care taken to make it work and James and I can do that."

The hotel's website is also undergoing improvements in the coming months.