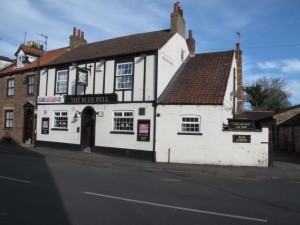 For Sale - The Blue Bell Riverhead Driffield YO25 7NX

The premises are located just to the south of Driffield Town centre in the Riverhead area of the town being adjacent to Driffield Canal and a short distance from the railway station.

Driffield is a popular market town having a population of circa 13,000.

The premises provide a traditional public house with open plan trading area with large commercial kitchen and a separate function room that can accommodate 150 as well as two separate sets of wcs , outside seating and parking for two vehicles.

The first floor has in the past be used for bed and breakfast with 4 bedrooms three bathrooms a kitchen and two additional attic rooms .

The premises are available as a public house with licence but could be suitable for alternative uses subject to planning .

Offers are being sought in the region of £215,000 plus VAT  for the freehold with vp on completion .